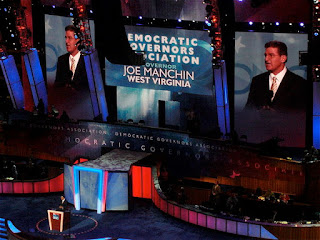 Democrat Senator Joe Manchin of West Virginia, who voted to remove Trump from office, has stated that he is open to endorsing Trump's reelection.

Democratic Sen. Joe Manchin, D-W.Va., said he could potentially endorse President Trump for reelection just a week after he voted to convict the president for abuse of power, according to a report published Thursday.

“Everybody can change,” Manchin told Politico. “Maybe the president will change, you know? Maybe that uniter will come out, versus the divider.”

Manchin said that, although Trump did his best to unseat him in 2018, the two were having lunch together a week after his third-term reelection.

Manchin is a conservative Democrat and has crossed party lines in the past. Most famously he voted to confirm Supreme Court Justice Brett Kavanaugh.