The amendment is being led in the House by South Carolina Rep. Ralph Norman and Texas Sen. Ted Cruz in the Senate.

The legislation would limit members in the House to three two-year terms and the Senate to two six-year terms.

In a statement, Cruz said the "rise of political careerism in today's Congress” isn’t what the nation’s founders intended.

Senator Ted Cruz @SenTedCruzJan 25
Today my colleagues and I reintroduced a constitutional amendment to impose #TermLimits on Members of Congress. The amendment would limit U.S. senators to two six-year terms and members of the U.S. House of Representatives to three two-year terms.

"Every year, Congress spends billions of dollars on giveaways for the well-connected: Washington insiders get taxpayer money and members of Congress get re-elected, all while the system fails the American people," the statement says.
Norman said it is wrong for people to make a long-term career out of holding elected office.

“What we need are people who serve in Congress for a sensible period of time and then are REQUIRED to get out. Because with each passing year, the allure of Washington makes it easier and easier to lose sight of your district back at home,” he wrote in a Facebook post. 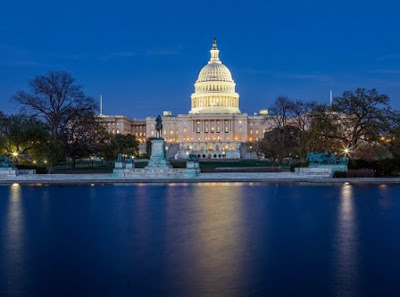 Rep. Ralph Norman
January 25 at 9:38 PM
Term limits ought to apply to Every. Single. Person serving in Congress. Including me.
It’s just wrong that someone could make a long-term career out of elected office, especially on the federal level. Some have defended life-long politicians by saying, “We need those folks because they know the system and keep things running.” That’s bunk.
What we need are people who serve in Congress for a sensible period of time and then are REQUIRED to get out. Because with each passing…
See More

If the amendment were to pass, Cruz would be two years into his final term after winning reelection in 2018. Norman, who has promised to voluntarily set term limits on himself, would also be serving his final term after being elected to a third term in November.
Posted by Pappy at 2:56 PM