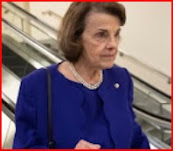 Age is the oft unspoken discriminatory factor many aged Americans face in the workplace. It’s a tricky issue, given the nature of the job applied for, for employers and applicants to navigate. Would it be unreasonable then, to expect the leaders of the free world, our very own lawmakers and decision-makers to be of sound mind and body?
Longtime Sen. Dianne Feinstein, D-Calif., is already the oldest member of the Senate – and she might not be done yet.

Heading into Martin Luther King Day weekend, Feinstein filed the necessary paperwork to run again in 2024. She’d be 91 years old during the election… and expected to serve until the start of 2031, when she would be 97.

And that has people on the left and right alike raising questions not only about her age… but her reportedly diminished cognitive abilities, too.

Last year, she asked Twitter CEO Jack Dorsey a question during a hearing. Then, after he answered, she asked the exact same question again, word for word.

“Her inflection was eerily identical,” the New Yorker noted. “Feinstein looked and sounded just as authoritative, seemingly registering no awareness that she was repeating herself verbatim.”

Unnamed sources told the magazine Feinstein is “seriously struggling” and that “her short-term memory has grown so poor that she often forgets she has been briefed on a topic, accusing her staff of failing to do so just after they have.”

At times, Feinstein can seem “unreachable.”
READ MORE
DIANNE FINESTEIN...Is the SENATOR who for 20+ years had a Chinese driver on her staff who turned out to be a CCP spy. She immediately fired him when the FBI told her (after 20 yrs) AND.. she suffered NO repercussions

The staffer had served the senator for some two decades as a general office lackey, a liaison to the local Chinese community, and, most important, the senator’s chauffeur whenever she was in San Francisco, her hometown. Driving Ms. Feinstein would have been a plum assignment for an intelligence operative; it allowed the Chinese access to the senator’s comings and goings and who she met with, as well as to any conversations she might have had in the car and any documents she may have left in it.