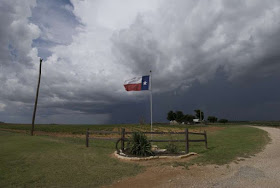 Kyle Biedermann, a Republican state representative in Texas who marched with pro-Trump supporters at the U.S. Capitol on January 6, filed a bill on Tuesday that could give Texans the opportunity to secede from the United States.

Biedermann introduced House Bill 1359 – also known as the Texas Independence Referendum Act – to give citizens the chance to vote on whether the Texas Legislature should create a joint interim committee to develop a plan for achieving state independence.

The Republican lawmaker is the first legislator in nearly a century, and only the second since the Civil War, to file a formal bill calling for state-level secession from the Union, The Daily Beast reported.

Today, I filed HB 1359, the Texas Independence Referendum Act. For decades, the promises of America & our individual liberties have been eroding. Now is the time for the People of Texas to have the right to decide their own future. #LetTexansVote #Texit https://t.co/VTKosQKGBl pic.twitter.com/X2gDIDjYrv— Kyle Biedermann (@KyleBiedermann) January 26, 2021
"This Act simply Lets Texans Vote. This decision is too big to be monopolized solely by the power brokers in our Capitol. We need to let Texans' voices be heard! Voters of all political persuasions in Texas can agree on one thing, Washington D.C. is and has been broken," he said in a statement on Tuesday.

"Our federal government continuously fails our working families, seniors, taxpayers, veterans and small business owners. For decades, the promises of America and our individual liberties have been eroding. It is now time that the People of Texas are allowed the right to decide their own future. This is not a left or right political issue. Let Texans Vote!"
READ MORE
Posted by Pappy at 12:45 PM