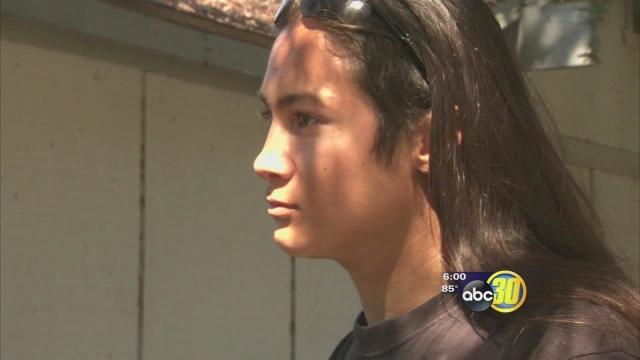 SAN FRANCISCO (AP) — A Native American student who sued his California school district because it's refusing to let him wear an eagle feather to his high school graduation will ask a judge for an order permitting the sacred item.

Christian Titman's lawyers are expected to argue in court Tuesday that the student's rights to freedom of expression and religion in the state constitution are being violated.
Titman, 18, a member of the Pit River Tribe, said he wants to attach the 5-inch feather he received from his father to the tassel on his cap at the Clovis High School ceremony set for Thursday. Clovis is about 10 miles northeast of Fresno.
He wants. to mark his achievement and honor his Native American heritage, according to the lawsuit filed in state court Monday. The tribe considers eagle feathers sacred and symbolic of a significant accomplishmentSTORY
Posted by Pappy at 11:00 PM