I hope this article is wrong, but it all makes some kind of sense....it's long but worth the read

Using their Twitter account, WikiLeaks has dropped a massive election truth bomb on concerned U.S. residents and livid voters alike. According to WikiLeaks, despite the rancor and enthusiasm monopolizing the lives of most Americans this month (and for a dozen or so months prior), there is no U.S. election. It’s not real. It’s a dog-and-pony show designed to give American citizens the illusion of having a choice.

As YourNewsWire reports, the WikiLeaks election stunner was catapulted onto Twitter just after WikiLeaks trounced President Barack Obama by publicly releasing a batch of his emails and in response to criticism of WikiLeaks for doing so. Indeed, WikiLeaks was accused of playing “partisan” political games and trying to influence the outcome of the current U.S. election cycle.


According to WikiLeaks, however, that kind of influence simply isn’t possible. Because the election has already been decided by people with much more power and authority than the collective American voters. In a nutshell, U.S. presidents are selected, rather than elected, and all of this election drama is nothing more than a political farce. Drama of the worst kind. And divisive, too.
For absolutely no possible gain.
Is it any wonder that WikiLeaks is reporting that London’s Ecuadorian Embassy (occupied by Julian Assange) is currently surrounded by “heavily armed police”?


For anyone who has been following along with the WikiLeaks email dumps and the information that has been made public during the 2016 election, it’s pretty clear that there has been some serious behind-the-scenes string-pulling going on this election cycle. It’s also pretty clear that Hillary Clinton is the favored candidate to pull off a massive win on November 8.
At least among the political elite.

For all intents and purposes, the DNC and Hillary Clinton herself did everything in their power to neuter the Bernie Sanders campaign this election cycle. That much was made abundantly clear during a much earlier WikiLeaks email dump, an email dump that made private DNC emails public and which clearly showed that Bernie Sanders didn’t have a snowball’s chance in Hades of clinching the Democratic nomination, let alone moving forward to win the presidential election.

In fact, the implications of candidate favoring and were so clear that DNC Chairwoman Debbie Wasserman Shultz stepped down and brought shame to the entire democratic process. Bernie Sanders even got a new house following the WikiLeaks primary election dump, not that the two are related. However, Bernie was once Hillary Clinton’s biggest critic, and he turned into an avid supporter and even endorsed her on a dime. After months of comparing her to the figurative Devil during the primary election, Bernie Sanders even called on his supporters to vote for Clinton in the midst of the WikiLeaks scandal.


After Bernie Sanders became a thing of the past in the current presidential election, WikiLeaks kept its vow to keep on keeping on. In recent weeks, it’s been revealed that “selected not elected” Democratic presidential nominee Hillary Clinton actually pushed hard for Donald Trump to be her political rival.

Is it possible that Trump is in on the scam? Could his seemingly catastrophic case of “foot in mouth disease” be connected to knowing that he’s not going to win the election because WikiLeaks knows that Hillary is going to win and she deliberately elevated Donald Trump to the position of Republican nominee?
That’s the insinuation.


“What election? It has been clear from the beginning who is going to win. This is, in effect, a power consolidation exercise.”

According to WikiLeaks, this isn’t the first presidential election in which the sitting president allegedly groomed their incoming replacement, a replacement that was reportedly chosen long before the political circus of a meaningless general election. In fact, WikiLeaks claims that George W. Bush and Barack Obama were involved in a similar situation back in 2008.

Within the WikiLeaks email dumps, it was revealed that the Bush, Jr. administration worked closely with current President Obama to ensure a smooth transition of power. Well before Barack Obama won the election.
there will be no election just war for and by the new world order 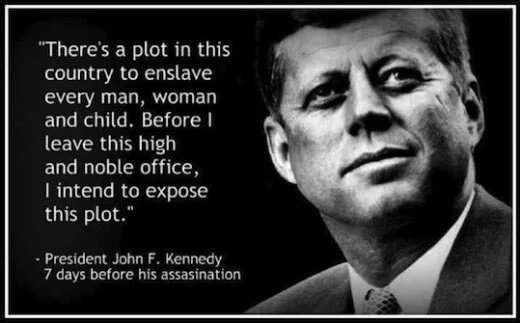 Despite whatever well-laid plans the so-called “shadow government” may have had for the current election cycle, it’s apparent in the WikiLeaks email dump that nobody really accounted for Donald Trump’s popularity among his fan base and potential voters. Now, we’re two weeks before the general election and Donald Trump’s rabid base is allegedly plotting a “revolution” if Donald Trump loses to Hillary Clinton.
Something both WikiLeaks and the current electoral map indicate to be the likely outcome of the upcoming election.

TWEETS AND VIDEOS
Posted by Pappy at 9:14 PM