EPIC: Republicans Refute EVERY BOGUS Impeachment Accusation With 110 Page Report!  by Doyle Alexander about 18 hours ago 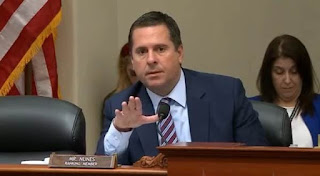 After 12 witnesses brought before the House Intelligence Committee NOT ONE was able to find presidential misconduct.

This was despite a committee where Chairman Schiff was judge and jury and refused Republicans their witnesses and cross examination.

It was correctly called a Schiff Sham.
Democrats were unable to find a single witness who corroborated their conspiracy against the US president.

The Democrats launched their impeachment inquiry after President Trump’s call to Ukrainian President Zelensky in July. The Ukrainian president again today said there was not quid pro quo and he was not even aware the US had delayed aid to Ukraine. President Trump provided military aid to the country something Obama would never do.

On Monday the House Intelligence Committee Republicans released their 123 page report exonerating President Trump from all criminal or questionable behavior.

On November 8, 2016, nearly 63 million Americans from around the country chose Donald J. Trump to be the 45th President of the United States. Now, less than a year before the next presidential election, 231 House Democrats in Washington, D.C., are trying to undo the will of the American people. As one Democrat admitted, the pursuit of this extreme course of action is because they want to stop President Trump’s re-election.

Here is the report
Via GatewayPundit
Posted by Pappy at 3:36 PM