Presidential Conduct Worse Than What the Dems are Alleging Trump did   2019-12-04 Source: TTN by: TTN Staff 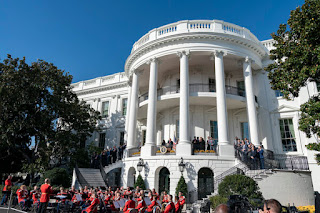 The Democrats are pushing another narrative that is absolutely false, a total lie, a demonstrably made-up fact.

This time the Democrats are claiming that what they allege President Trump did was the worst presidential conduct in the history of the nation. Once again we will raise the point that the hyperbolic nature of these claims is fueled by the Democrats' unwillingness to study history and their pure hatred for Trump. The ignorance of the Democrat party aside, these claims about President Trump must not be left unchallenged.

Even if everything the Democrats said was true (which it isn’t), here is behavior by other Presidents that is far worse than anything President Trump has been accused of: