I don't know who reads this blog but...If you're from Philly or know people that live there, please make them aware of what the mayor and the DemoRATs are doing to our city and what dangers they are being exposed to..........The Daley Gator 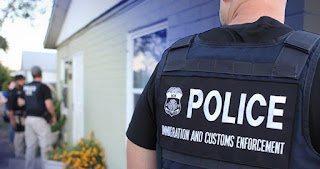 Immigration and Customs Enforcement has arrested an illegal immigrant from Guatemala and charged him with numerous sexual crimes against children.

Hector Moran-Espinoza had been arrested for similar charges twice previously by the Philadelphia Police Department and then released despite an ICE detainer.

I live just east of Reading. Exeter Township to be exact. Read your blog just about every day. Won't set foot in Philly. Same for Reading.