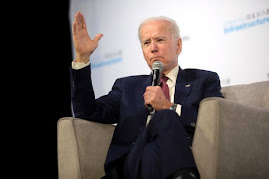 President Joe Biden is set to do what for most politicians is usually the unthinkable: significantly raise taxes on Americans.
Biden is reportedly planning on attempting to increase the corporate tax rate from 21 to 28 percent, and on those making more than $400,000/year as well as on increasing the so-called ‘death tax’ (estate tax).
As The Hill reports:
President Biden is reportedly planning the first major hike in federal taxes in almost 30 years to fund the economic program set to follow the recently approved $1.9 trillion pandemic stimulus package.

Unidentified sources told Bloomberg that the increases will reflect the promises Biden made during his 2020 campaign.

The planned increases reportedly include: raising the corporate tax from 21 percent to 28 percent; increasing the income tax rate on people making more than $400,000; expanding the estate tax; paring back tax preferences on pass-through businesses such as limited-liability companies; and setting up a higher capital gains tax rate for individuals making at least $1 million…

Biden had said during his campaign that he would repeal Trump’s tax cuts on “day one” of his administration, though he has yet to do so.

It seems hat Biden is wasting little time in imposing a radical left-wing agenda on Americans, right after he spent all of 2020 attempting to appear as moderate as possible.