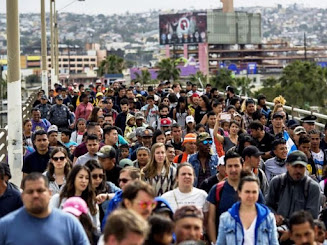 The Biden Administration has been touchy about using the word “crisis” to describe the catastrophic flow of illegal aliens across our border ever since he took office. Most Republicans think it’s because of the Administration’s reluctance to admit failure. More likely, it’s because they don’t see it as a failure at all. In fact, their plans are succeeding – just a little bit more than they had expected.

The Biden Administration intentionally caused a surge of migrants across the border, and it started on the first day of Biden’s presidency. He announced a 100-day “pause” in deportations. That sent an immediate and undeniable signal to people in Mexico, Nicaragua, Honduras, and Guatemala. Migrants understood it as:  “You have 100 days to make it to the United States—if you make it in, you get to stay.”

It’s not an unexpected crisis. It’s a plan that yielded bigger results than the Biden Administration anticipated.