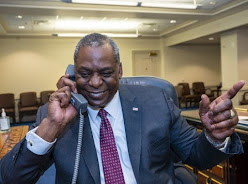 Biden Defense Secretary Lloyd Austin is now warning North Korea that US forces are ready to ‘fight tonight’ as tensions with the rogue state continue to ratchet up.

The remarks come after North Korea leadership condemned and threatened the US over joint military drills it was participating in with South Korea. 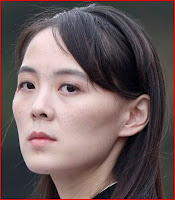 “Our force remains ready to ‘fight tonight,’ and we continue to make progress toward the eventual transition of wartime Operational Control to a [Republic of Korea]-commanded, future Combined Forces Command,” the defense secretary said…
Earlier this week, the powerful sister of North Korean leader Kim Jong Un warned the United States to “refrain from causing a stink,” while criticizing the U.S.-South Korean drills that her government views as an invasion rehearsal.
While President Trump was able to significantly calm tensions with the North, even going so far as to meet directly with Kim Jong Un, it seems that Biden may be setting the US up for a potential major clash with the nuclear armed power.
Posted by Pappy at 6:49 PM

The african wants a war .

Dems love wars to divert attention away from domestic muck-ups!