FIGURED HE WOULD BE INVOLVED.... Cummings..... is one of several members of Congress who requested hearings on the issues raised by Garner's and Brown's deaths. 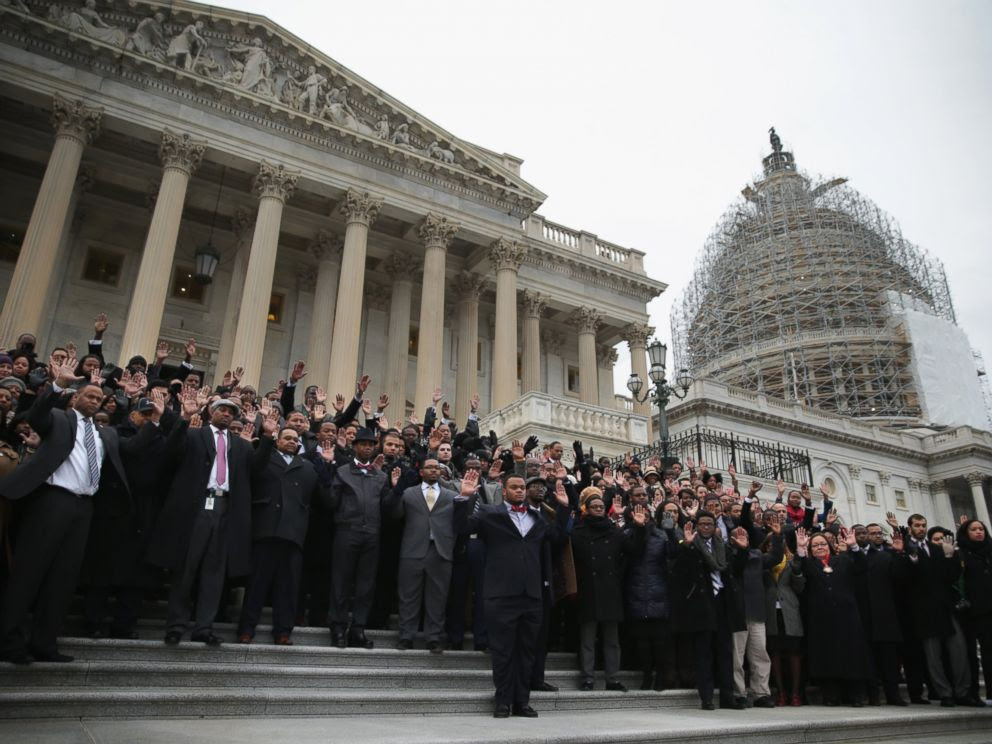 The protests over the lack of indictments in the Eric Garner and Michael Brown cases have expanded to Congress. Congressional staffers walked out of their jobs Thursday afternoon in a symbol of solidarity with protests taking place in the streets, on the basketball court and on football fields across the country.
The walk out was led by Senate chaplain Barry Black. Staffers stood on the steps of the Capitol holding their hands up.
Meanwhile inside the Capitol, the House of Representatives was struggling to come up with the votes to pass a government funding bill that would keep the government open past midnight.
"Democrats and Republicans across the country are incredibly frustrated by what happened in Ferguson, Staten Island, and elsewhere, and this protest reflects the mistrust they have in the integrity of the criminal justice system," Rep. Elijah Cummings, D-Maryland, said in a statement. "These congressional staffers put in incredibly long hours, nights, and weekends working to pass legislation to help people live better lives, so I fully support them taking a few moments today to pray with the Senate chaplain for Congress to take action to ensure that all Americans are treated equally before the law."
Cummings is one of several members of Congress who requested hearings on the issues raised by Garner's and Brown's deaths.
Posted by Pappy at 7:34 PM