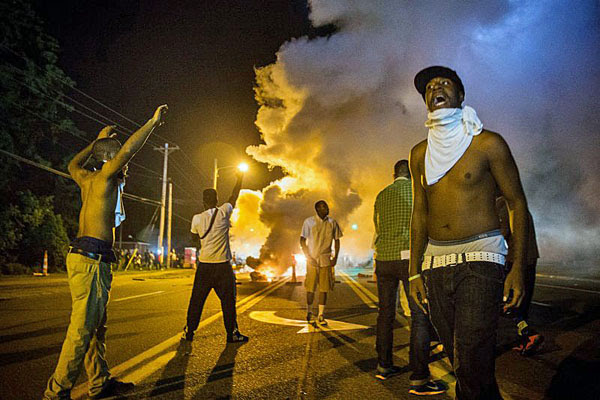 Riots in Ferguson, Missouri
FERGUSON, Missouri – Burned buildings, looted businesses and riots here may be getting the bulk of the media’s attention, but at least one group is warning the racial violence is just beginning, with black rage turning viciously against white immigrants.

Within days of the death of black teenager Michael Brown at the hands of a local policeman, leftist activists from outside of Ferguson set up a protest campaign office in the besieged city. Almost immediately, what started as “peaceful protests” escalated into rampant looting. The local state senator, a black Democrat, took to the airwaves demanding justice. She would later make the ominous promise that violence would ensue were Officer Darren Wilson not charged and convicted – he wasn’t, and it did.
READ MORE