SHOCKED..! They even bust guys for $7 million fentanyl case....and then LET THEM GO..! 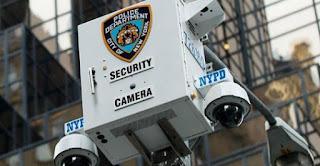 “We haven’t seen crime numbers like this in a very long time,” the NYC PBA union posted to Twitter Wednesday.

The post includes a chart of crimes in the city for the week of January 20-26, which included a week to date comparison with 2019 that showed a 157.1% spike in shooting incidents, 242.9% more shooting victims, a 58.8% increase in grand larceny auto, 37.2% more robberies, and a 50% jump in murders.
NYPD Commissioner Dermot Shea, the NYC PBA and others are placing the blame exactly where it belongs: so-called “bail reforms” created by Cuomo and Democrats that require immediate release of the vast majority of criminals without bail, a nod to “progressives” like de Blasio who argue the bail system punishes the poor. –