President Trump on Tuesday said that he planned to stop United States funding of the World Health Organization while reviewing its role in what he described as “severely mismanaging and covering up the spread of the coronavirus.”

“Everybody knows what is going on there,” he said, blaming WHO for a “disastrous decision to oppose travel restrictions from China and other nations.”

As recently as February, the W.H.O. had advised against imposing travel restrictions to places with outbreaks of the coronavirus, saying it was not an effective way combat its spread.

Now Fred take a look at the Director-General of WHO, Dr. Tedros Adhanom Ghebreyesus [Dr. Tedros].

Given that we are all locked down until the World Health Organization approves a vaccination for COVID-19, or so we’re being threatened, I decided to do a background check on Dr. Tedros Adhanom Ghebreyesus, Director-General of WHO.

Dr. Tedros has been accused of being “China’s man”, but on closer inspection, an extremely ugly picture emerges in which he also turns out to be very much the UK’s man, illustrating that country’s particular influence over WHO.

When I say ugly – Dr Tedros is without question a political thug of the highest order. As a senior member of the Tigray People’s Liberation Front (TPLF) he was personally responsible for brutal repression of the Amhara people, using aid money selectively to starve them out and deny them access to basic services. 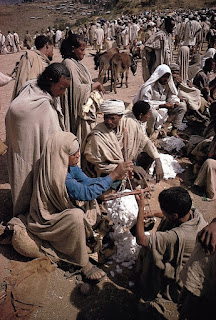 Amharas are a Habesha Ethiosemitic-speaking ethnic group
traditionally inhabiting parts of the northwest Highlands of
Ethiopia, particularly in the Amhara Region.