Because the MEDIA and the DEMoRATS go hand in hand.... 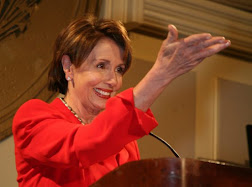 Last week, Twitter permanently suspended President Trump’s account after a pro-Trump protest turned into a violent mob storming the Capitol building. Lawmakers were forced to take cover as impassioned protestors broke into and ransacked the building. Twitter has been cracking down on Trump and conservatives since the election when President Trump began claiming that fraud interfered with the election. The social media platform has marked many of the President’s tweets about the election as “misinformation” and has fact-checked a number of them. However, now that one of Nancy Pelosi’s tweets claiming the 2016 election was “hijacked” has received non of the same treatment.
In 2017, Speaker Pelosi tweeted, “Our election was hijacked. There is no question. Congress has a duty to #ProtectOurDemocract & #FollowTheFact.” Clearly referencing the claims that President Trump colluded with Russia to win the election. Pelosi made the statement the day before Robert Mueller’s appointment to the special counsel to investigate the Russian collusion claims.
TWEET....
Nasty Pelosi
@SpeakerPelosi
·
May 16, 2017
Our election was hijacked. There is no question. Congress has a duty to #ProtectOurDemocracy & #FollowTheFacts.
Fox News reports:
Twitter declined to respond to Fox News’ inquiry about whether Pelosi’s tweet violates its policies on misinformation and election integrity.
Last week, Twitter concluded that allowing Trump to return to Twitter risked “further incitement of violence.”
Highlighting two relatively tame tweets from the president, one of which stated he would not attend Biden’s inauguration on Jan. 20, the company argued that they had to be viewed in a wider context.
“These two Tweets must be read in the context of broader events in the country and the ways in which the President’s statements can be mobilized by different audiences, including to incite violence, as well as in the context of the pattern of behavior from this account in recent weeks,” the company said. “After assessing the language in these Tweets against our Glorification of Violence policy, we have determined that these Tweets are in violation of the Glorification of Violence Policy and the user @realDonaldTrump should be immediately permanently suspended from the service.”
Since the tweet resurfaced critics have called out Twitter for its double standard   b .
Posted by Pappy at 1:33 PM