Biden Gets Blasted for His First Official Lie/Broken Promise, Georgians Slam Him For His Betrayal   By Nick Arama | Jan 20, 2021 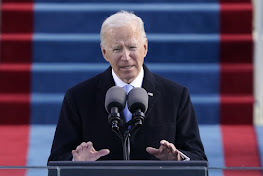 You may remember in the run up to the general election House Speaker Nancy Pelosi (D-CA) hung up Wuhan coronavirus relief and then tried to blame President Donald Trump for the effect on the economy that was largely due to Democratic lockdowns. Then after the election she basically admitted that now she was in favor of passing the relief because we “now would have a new president,” having achieved her aim.

Then before the Georgia run-offs, President Donald Trump advocated for $2000 checks in relief. Joe Biden and the Democrats promised voters $2000 check in order to try to get people in Georgia to vote for their extremely flawed candidates, Jon Ossoff and Raphael Warnock. They went everywhere in Georgia telling folks that voting for Democrats meant a $2000 check.