I HOPE THEY GO BANKRUPT....TWITTER, FACEBOOK AND YOUTUBE....!! Not because they banned Trump, but because they are banning people like you and I who supported Trump...!! 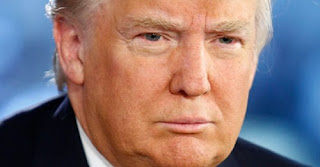 Facebook and Twitter have lost a combined $51 billion in market value since banning President Donald trump from their platforms as Americans across the country divest themselves from the companies’ stock offerings.

Yahoo! News reported that Twitter shares dive-bombed more “than 10% on Monday” following its decision to ban President Donald Trump from its site. “Shortly after market open Monday, the stock dropped as much as 12.3% to reach as low as $45.17 per share.” The stock has dropped from $51.48 right before the ban to $47.22 as an opening price today.

As the Business Insider reports, Facebook is losing value as well. Facebook saw $47.6 billion erased from its public valuation, while Twitter’s market cap dropped by $3.5 billion.