They call for the resignations of those who DARED to question the validity of Bidens electoral votes, BUT...take a look back to Jan.2017.....

‘I Have Demanded The Resignations’ Of Cruz, Hawley, McCarthy: Ocasio-Cortez   DAILYWIRE.COM 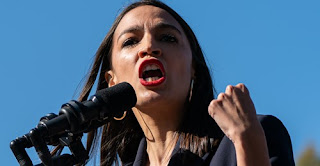 EVIDENTLY A NO NO FOR GOP TO CHALLENGE BIDENS ELECTORS BUT..........SEE BELOW

Rep. Sheila Jackson Lee said in a phone interview that she and her allies plan to challenge the validity of electoral votes in multiple states, where she argued voter suppression tactics may have tainted the outcome. She said a separate batch of challenges will focus on disqualifying electors who may have been ineligible to serve at all.

"This is an American question of justice and fairness and the appropriate running of presidential elections," Jackson Lee said.

Though the Constitution empowers the Electoral College to choose the president, it requires Congress to review the votes and reject any it deems invalid.